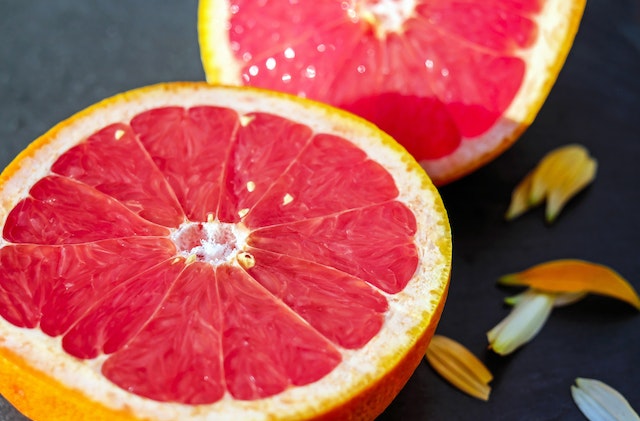 You may have heard that bitter fruits are good for you. While the taste of some of these foods may make you pucker, their health benefits far outweigh the adverse side effects. You can add salt or sugar to the dish to counteract the bitterness. There are also plenty of sweeter alternatives that you can try.

Noni is an edible fruit used in Polynesian healing for thousands of years. The fruit has a surprisingly strong smell and taste and is only eaten when a person is in dire need. Noni is harvested for its bark and root, yielding a red and yellow dye. Noni juice was heavily marketed in the United States in the early 1990s through network marketing companies, but little is known about its health benefits.

Noni juice contains antioxidants and vitamin C and may boost the immune system. Polynesians used it to treat cold symptoms, packed with folate and biotin, which support the body’s conversion of food to energy. Noni juice is an excellent addition to a healthy diet, but consumers should be wary of claims that it can cure all ailments. It is also essential to check the label and ensure it doesn’t contain hidden sugars and ingredients.

Noni trees can be found in tropical regions such as Hawaii and the Pacific Islands. They grow on rocky shores and can be up to nine meters tall. Their leaves and stem are used in medicine to treat various ailments. The fruit has a bitter taste but is also an antibacterial and detoxifying agent.

While pure noni juice is bitter, some blends make the juice more palatable. However, these often contain added sugar. Noni juice can also be dangerous for people with kidney disease, so pregnant and breastfeeding women should consult their doctors before consuming it. It should also be avoided by those who suffer from kidney or liver conditions.

The fruit of the noni plant is a powerful antioxidant, rich in plant-based flavonoids. It also contains several vital vitamins, minerals, and dietary fibers. Moreover, it contains beta carotene and iridoids. It is also rich in calcium and phosphorus. Its seeds are similar to those found in watermelon. However, they have a woody and more abrasive texture than the flesh.

The noni fruit’s pulp is rich in vitamin C. It contains half the vitamin C of a raw navel orange. The fruit juice is high in sodium but much lower in potassium than oranges. The fruit’s flavor can be overpowering if consumed in large amounts, which is why it is best diluted with food or liquids.

Noni is a tropical fruit native to Polynesia. It is also known as the Indian mulberry and grows up to 10 feet tall. Its fruit starts out green but soon turns yellow. Noni is used worldwide, including as a food, for both internal and external health.

Noni is used to treat various ailments, including high blood pressure, diarrhea, and irritability. It can also be used for pain relief. In addition, some people have reported improvements in energy levels and less fatigue. Noni juice can also help fight parasitic infections. In addition, its anthraquinones are believed to aid in colon cleansing.

Noni is available in various forms, including bottled juice, essential oil, and tablets. Noni is best consumed on an empty stomach. A recommended dose is four ounces of noni juice per day. It is best to take noni juice under a health professional’s supervision. Consuming noni juice regularly is not harmful to most people. However, consuming too much may result in unpleasant side effects.

In addition to improving immune system function, noni juice can lower the risk of cancer and heart disease. It is also thought to improve the health of people who smoke and may benefit those with diabetes and hypertension. Noni also has antioxidant activity, which may support the heart’s normal function.

Artichokes are one of the few fruits that are considered to be both bitter and delicious. They are grown commercially only in USDA hardiness zones seven and above. They require regular watering and feeding and frost protection during the winter months. Buying artichokes in their peak season can save you money and the effort of preparing and cooking them yourself. Artichokes are available all year long but are more flavorful during their peak season. The peak time to harvest artichokes is spring, but the fruits can also be harvested during summer and autumn. Artichokes are usually harvested by cutting off the stems, leaving about an inch of the stem. Artichokes keep well for two weeks or longer in refrigerators.

You can add salt when cooking artichokes. However, it would help to be careful when handling artichokes because they are bitter.

Artichokes are one of the oldest fruits and vegetables in the world. They are thought to have originated in the Greek world. The myth says that Zeus sent his lover to earth as an artichoke. They are also tasty vegetables. In addition, they are low in calories and can be used in various recipes. However, it is essential to note that they can cause gas and bloat. The best way to overcome these problems is to train your digestive system to handle the fiber in this type of food.

To prepare artichokes for cooking, it is essential to peel them first. Otherwise, they will lose their vibrant green color. Next, cut off the tips of the outer leaves and the top half to an inch of the stalks with kitchen shears. Once cut, place them in a pot of large enough water to fit in. The water should be just enough to submerge the artichokes.

Artichokes are an excellent source of antioxidants, phytochemicals, and dietary fiber. They are also rich in magnesium, potassium, niacin, and folate. In addition, they contain almost six grams of fiber in each serving. Some of this fiber comes from a prebiotic fiber called inulin, which helps to improve the growth of healthy bacteria in the gut. They also help the absorption of calcium.

In addition to their bitter taste, artichokes are also edible. The leaves, stem, and inner heart of the plant are edible. However, they should not be eaten whole. Doing so can cause choking. Luckily, artichokes are easy to peel. After the leaves are peeled, they become tender and sweet.

Artichokes have been used for centuries to flavor dishes. Their roots are found in the Mediterranean. They were first cultivated by the Dutch and were used for cooking in the sixteenth century. French and Spanish immigrants brought artichoke to the United States in the nineteenth century.

Artichokes contain fiber, vitamins A, C, and potassium, which help lower blood pressure. They are also rich in antioxidants. These can help reduce the proliferation of cancer cells. A great way to eat artichokes is to chop them up and cook them in water for twenty minutes.

The chemical constituent cynarin enhances the artichoke flavor. While these chemical compounds can be unpleasant to the taste, artichokes can mask slightly unpleasant tastes using the right food combinations. Cynarin also inhibits the sweetness receptors in the human mouth.

Food pairings for artichokes include seafood and dairy products. They are a great complement to dishes that have creamy sauces. They also go well with truffles. Likewise, a dish featuring foie gras, smoked meat, or a creamy sauce with a splash of menthol will go well with artichokes.

The grapefruit is a subtropical citrus fruit and means “grape” + “fruit” in French.

There are many benefits to including grapefruit in your diet if you do not have allergies or adverse reactions to it. One of the main benefits of eating grapefruits is that they contain vitamin C and citric acid, which can be used as an antibiotic or anti-inflammatory agent in the human body. They also contain pectin, which lowers cholesterol and prevents high blood pressure, and lycopene, a powerful antioxidant that reduces the risk of cancer.

“The table below is a non-exhaustive list of food items containing vitamin C. It also lists foods that are sources of citric acid (a close relative of vitamin C) and lycopene.

“It also contains potassium, which is important to the human body because it helps with blood pressure. The table below shows the vitamin B6 content in fruits and vegetables.”

Another benefit of eating grapefruit is that they are an excellent source of the antioxidant lycopene. Lycopene is a potent antioxidant that protects against cancer. Lycopene may be more potent than vitamin E or beta-carotene. It also has been shown to have beneficial effects on prostate health and cardiovascular health (including reducing LDL cholesterol), although evidence for this use is inconclusive.

Pomelo is a type of citrus fruit that is native to Southeast Asia. Its large size, thick skin, and grapefruit-like tangy taste are easy to recognize. The pomelo’s success has been limited primarily by its lack of exportability compared with other citrus fruits such as oranges and grapefruit since they can’t be successfully transported without damage. Pomelo cultivation has been limited to southern China, where it is primarily eaten as fresh fruit. Although the fruit grows in other tropical countries, it is less popular due to its tendency to suffer from fungal infections and bacterial wilt. The growth of several other types of citrus, including kumquat, tangor, and mandarin, has increased the popularity of pomelos among those who do not like the sour taste of grapefruit.

Pomelos are usually grown on trees that can be up to twelve meters tall, though there are dwarf varieties that are much shorter. The pomelo tree is trendy in Asia and is often used to enrich fish stocks because it is rich in growth hormones. However, the trees themselves don’t produce these hormones naturally and must be injected with them. The tree is also susceptible to temperature, so it is common for farmers to use polyester sheets or plastic around the tree’s trunk to protect it from extreme heat and cold.

Some pomelo varieties have skin that turns green to yellow or pink during ripening, while others have green or yellow skin all year. The lemon-scented variety is commonly sold in Western markets, but the pomelo’s flavor is very distinct from that of a lemon.

Pomelos can be purchased in various sizes, from small (about the size of a baby’s fist) to very large. Because of their unusually high vitamin C and low sugar content, pomelos can be used as an alternative to fresh fruit in many recipes.

Rind color ranges from green to yellow with red flesh, depending on the variety. Pomelo seeds are round and brownish-green with a smooth surface area.

What Is Dutch Bros Soft Top Made Of?